I almost bought a scanner. Mainly for my Alpine Panoramics project. The key here is that I am still shooting most of these photos on a Hasselblad Xpan - a long since discontinued film camera that shoots two 35mm frames side by side to achieve a panoramic frame covering approximately 65x24mm.

You cannot get good enough quality scans of these negatives to print them up to 60cm on the short edge with consumer grade scanners. You need to go to the high end. That costs. There are other reasons i almost bought a scanner, that we will get to. This is the scanner in question: 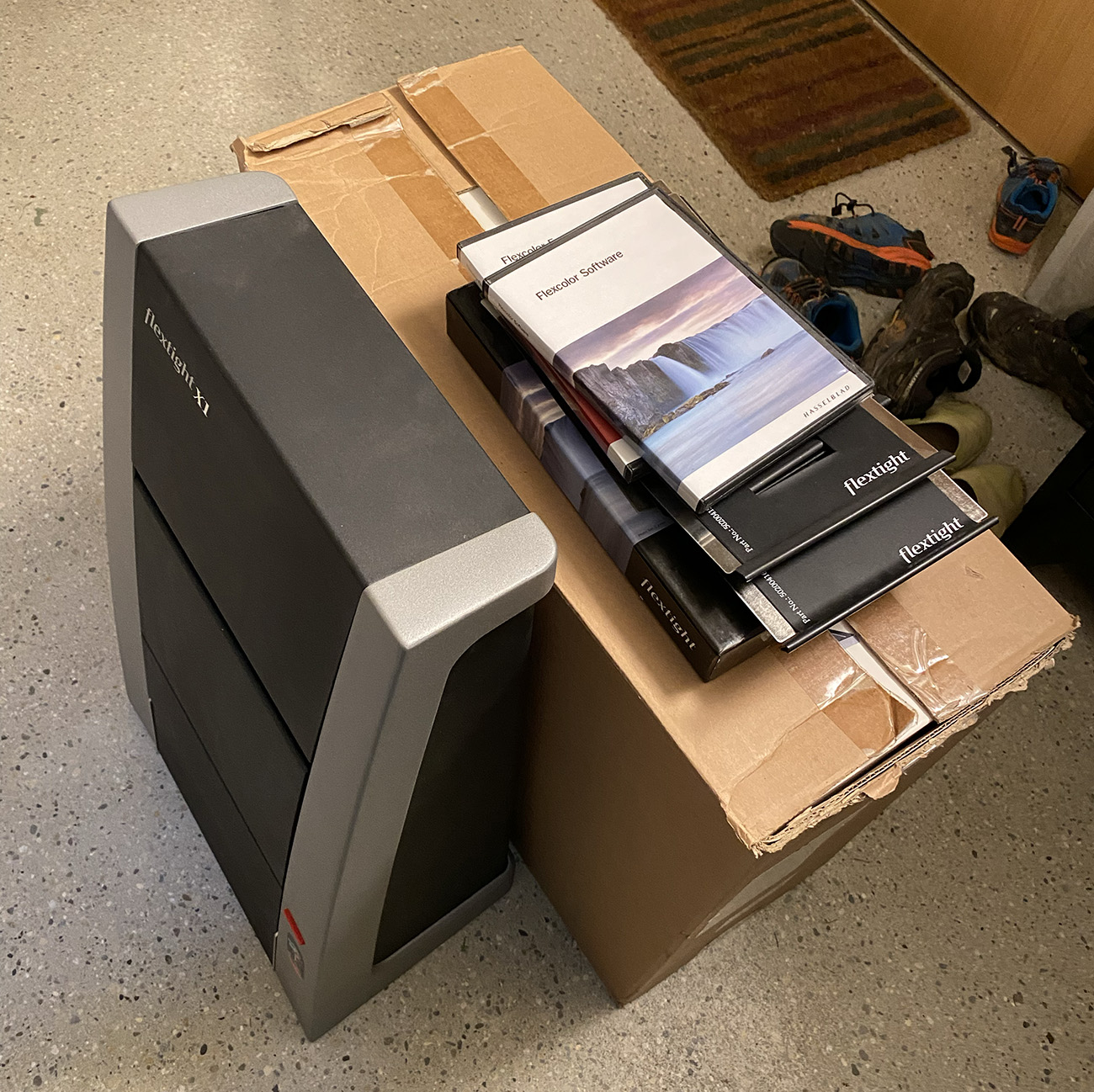 A Hasselblad Flextight X1. Google the thing for the price if you’re curious, and no I wasn’t going to pay that much, I was going to pay less than half of that (a bargain to be fair). Here’s the scanner in action: 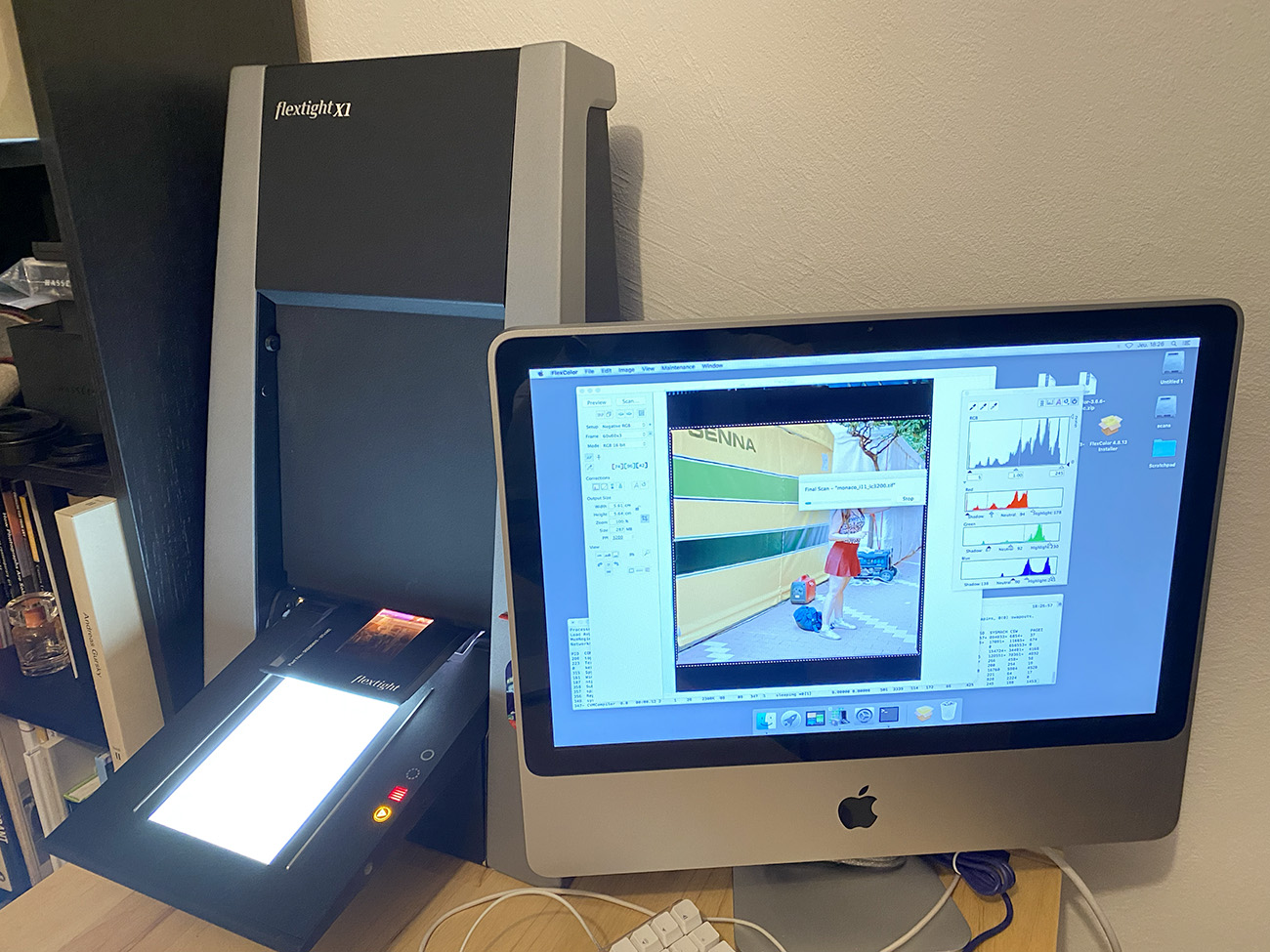 As you can see, the Mac connected to the scanner is quite an outdated one. In this case a 2007 iMac. I also got it running with a 2015 Macbook Pro, which is about as up to date as you can be with this scanner. This is where the “almost” becomes clearer.

The software that drives these scanners is compiled for 32bit architecture and hasn’t been updated in well over 10 years. Hasselblad refuse to update it to modern architectures, and refuse to open source it to allow others to do that, so you are stuck using an OS that can run it.

Virtualization is difficult as the scanners use SCSI or Firewire connectivity and that is problematic with VMs. So you need a dedicated old rig to run the proprietary software to drive the scanner.

That’s sort of manageable but the scanners themselves are now reaching their natural end of life - most of them were manufactured in late 2000s and then were discontinued in 2019. The service options are limited, parts are now in short supply, and the existing scanners are starting to see their parts fail.

It seems the Firewire ports on these things start to go bad after about a decade. If that happens you’re looking at a 3,000 Euro repair bill if you can find someone with the parts capable of replacing them. Hasselblad will still repair them but it’s a pain to get the scanner to them and they charge almost twice as much as third part service shops.

This particular scanner, despite having low usage (in the order of 2,500 scans, less than one tenth of the number of scans before a recommended service) was showing signs of a bad Firewire port. I went through several weeks of debugging to eventually conclude the port or main board was bad and was this not prepared to drop 5,000 Euros on it.

Why This Scanner Though?

This thing is remarkable. The bigger brother (the X5) even more so. Imacon/Hasselblad had a load of patents on the technology that means no other manufacturer can replicate it. There are other high spec scanning solutions, of course, but none that come close to this form factor.

The scanner is relatively simple - a clever mechanism to ensure the film stays flat (a “virtual drum”), a good quality constant light source, a very expensive and extremely high quality Rodenstock lens that has its focus precisely adjusted for every single scan, and a decent quality CCD to capture the image (scan). This is all held inside a mostly empty box.

The history is that Hasselblad merged with Imacon in 2004 for their digital back / CCD technology. This is because Hasselblad were interested in creating digital backs for their, at the time, H range of medium format cameras. The scanners were included as part of the deal with the deal stating that Hasselblad had to honour that for at least x years (15 years maybe?).

So you now have a not-insignificant number of owners of these scanners that are approaching end of life with little option to replace or repair them. I probably sound a little bitter, but Hasselblad have form here and as I said this thing is remarkable. It really is.

How remarkable? Here’s one of my very first panoramics scanned with this scanner back in 2016: 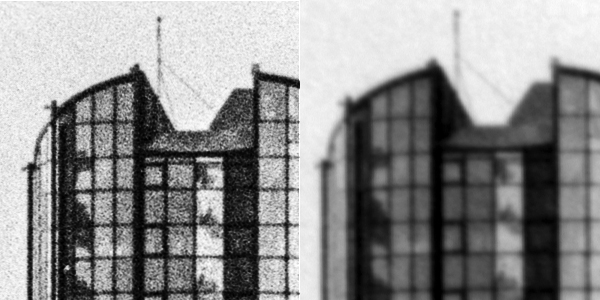 The native optical resolution of the X1 is 6300ppi when scanning 35mm film. The X5 has 8000ppi. Absolutely no contest, and there’s no way I can interpolate the consumer scan up to achieve files good enough to print 160x60cm. I need high quality scans of these negatives.

Here in Switzerland I am looking at a cost of around 30.- CHF a frame minimum if I get a third party to scan them for me. Imagine if you have 10 frames to scan, or 100 frames?

My Formula Non project has about 2,300 frames. I’m in the process of editing this and looking to eventually create a book and possibly an exhibition. For that I also want the best quality scans. This is less about printing big but more about extracting the most dynamic range and sharpness from the negatives - something this scanner is also remarkable at.

The cost of this scanner doesn’t seem so bad looking at it from that perspective, given that would be just this project alone and not counting all the other film I end up scanning.