Maybe it’s the photographic filter bubble I’m in, but the Hasselblad XPan seems to be quite popular at the moment. I’m seeing an increasing number of video reviews, blog posts, and images on instagram. This isn’t surprising, the camera lends itself to far more than you would initially think.

I’ve been shooting with an XPan for about three years and have adopted it in some long term project work, here’s a roll drying yesterday from one of those projects: 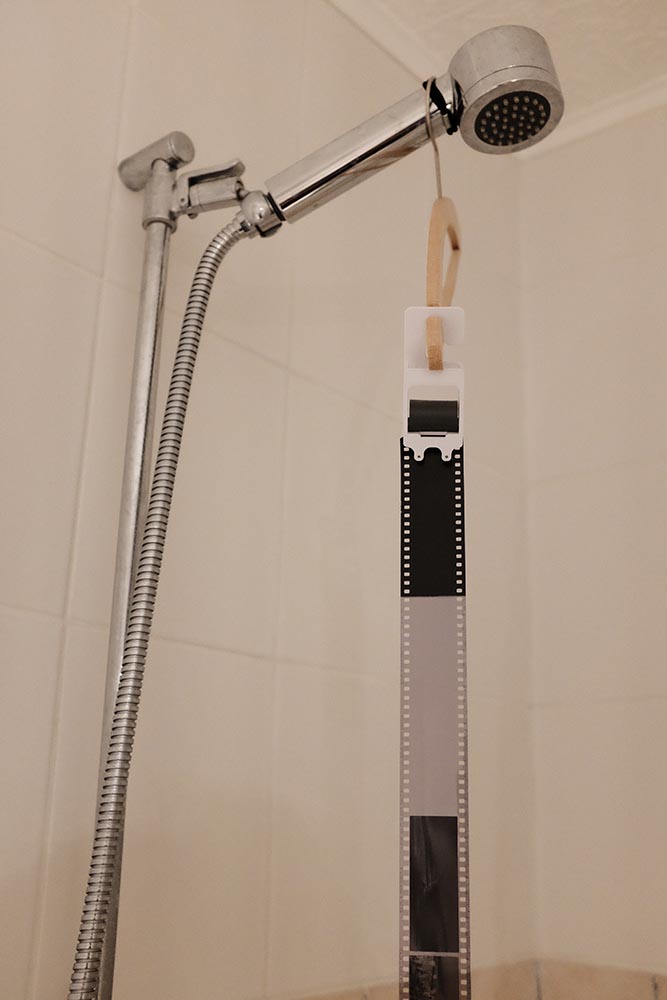 Notice anything curious about that? The frames stop long before the leader, which is a quirk in the way the camera is loaded - the film is pre wound onto the take up spool automatically when you load it and then fed back into the canister when shooting, meaning you (obviously) lose the leader but also the camera plays it safe and winds on a couple of extra frames before staring to count the available frames. This means for most films you will get 20 frames on a roll; there are some that will give you 21 but they are few and far between, and they’re certainly not the Ilfords or the Kodaks.

You don’t get a choice in this, you have to place the leader at the take up point so you will always have some dead space after it due to the automatic loading mechanism of the camera. That seems a bit wasteful to me and I had a simple idea of a hack to get 22 frames out of a roll of film when using the XPan. Apparently the XPan-II gets 21 frames more consistently although I have no evidence for that, and we are considering the original XPan here.

Given the take up mechanism of the camera and the fact the number of frames is calculated from the roll length, i.e. it’s not restricted to a mechanical counter, all we need to do is manually extend the roll of film by a few frames to fool the camera into thinking the roll is longer than it actually is.

Step 1: Save An Old Leader

Or fashion your own. I normally cut the leader off to make loading the film onto the negative holder in film development easier, so shaped my own from the roll of film you see hanging in my shower above. 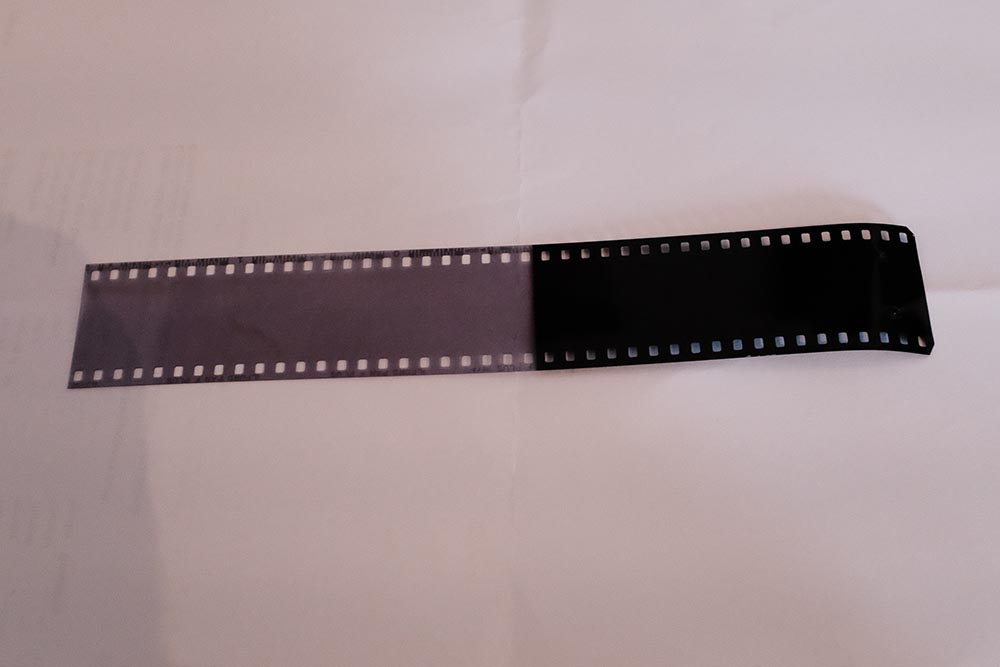 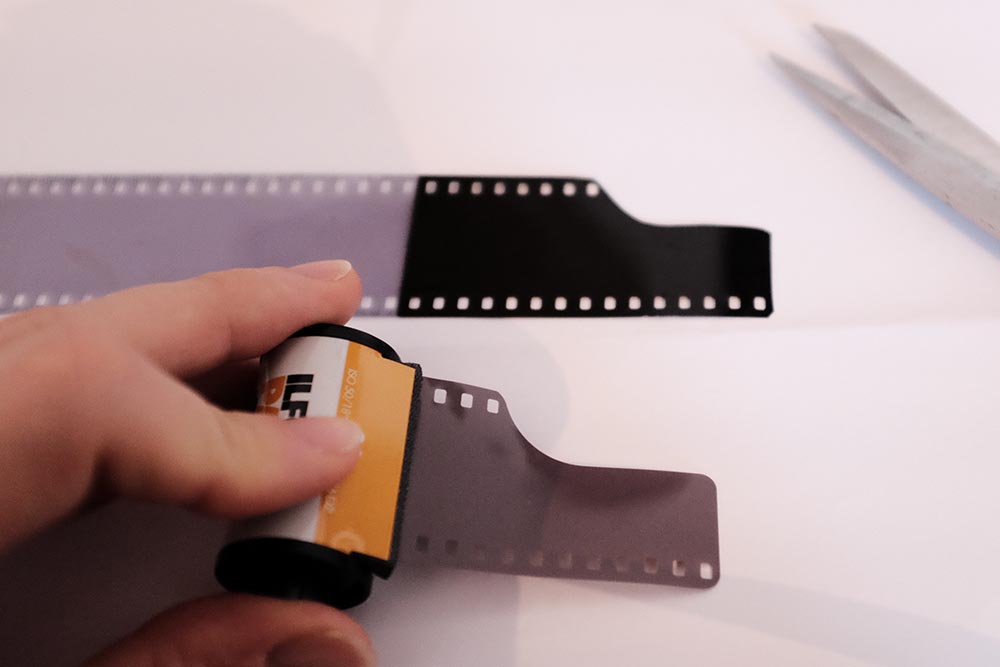 The key points here are: 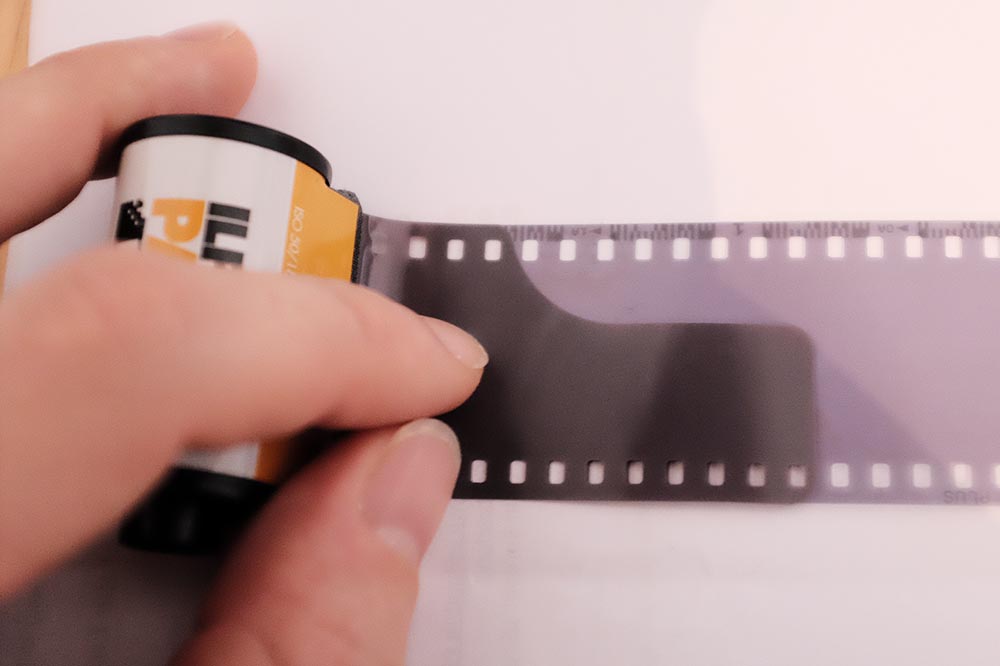 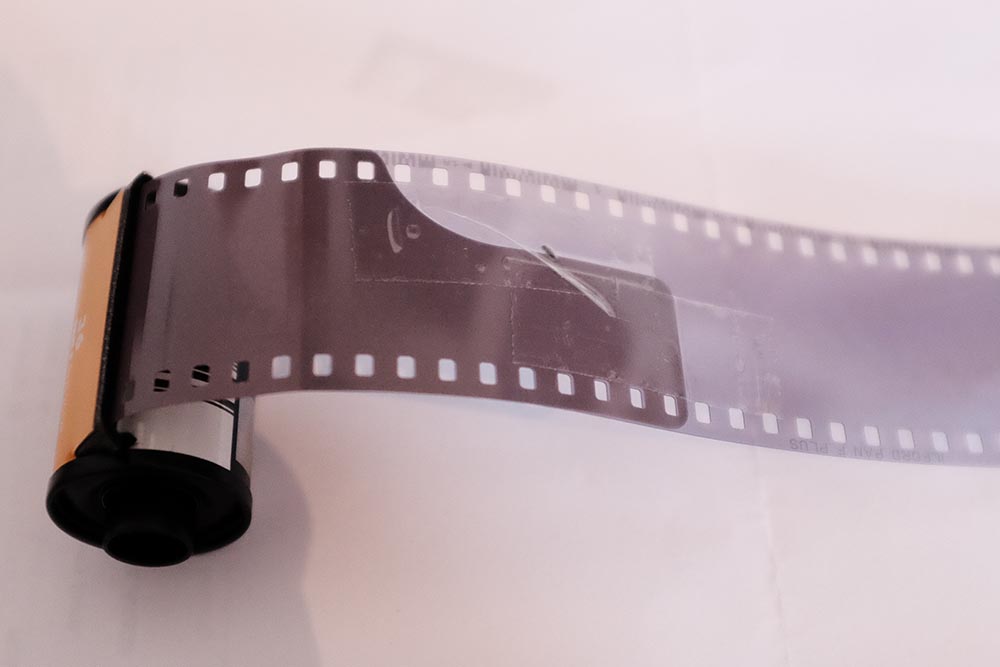 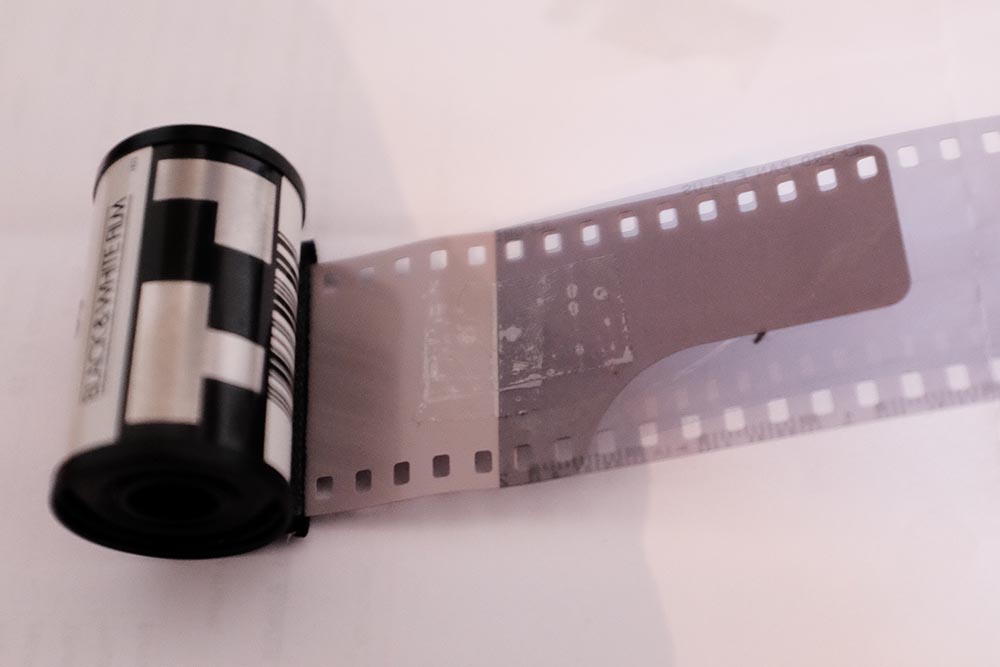 I used a small amount of sticky tape to make sure each overlap point was joined to the other, meaning three attachment points. Note that you shouldn’t cover up the sprocket holes, it probably wouldn’t be an issue if you did but I haven’t tested this.

We’re just checking that the old + fresh leaders are flush so there will not be a problem when the film is rewound by the camera due to the attachment points catching on the canister. 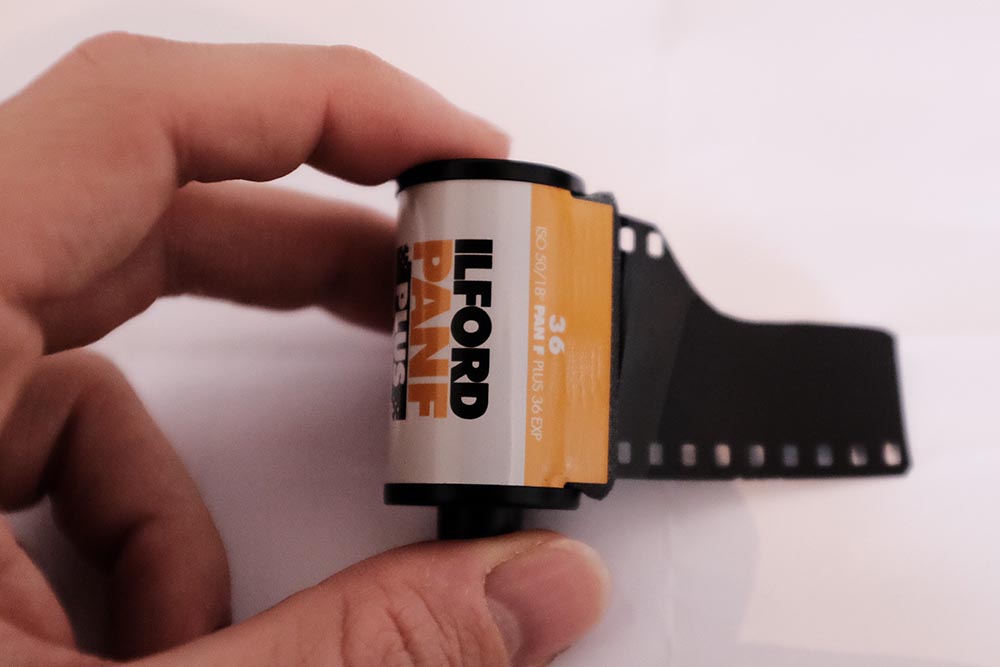 Step 4: Load The Film Into The Camera

Pretty much the same as it ever was. 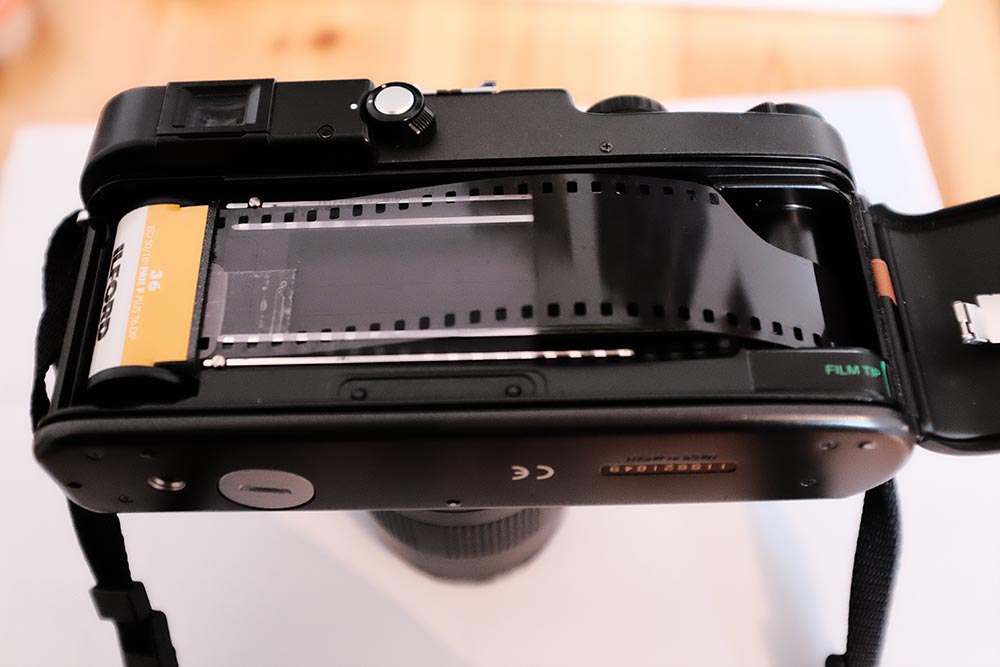 Watch the frame counter go up to 23 before it rolls back to 22. 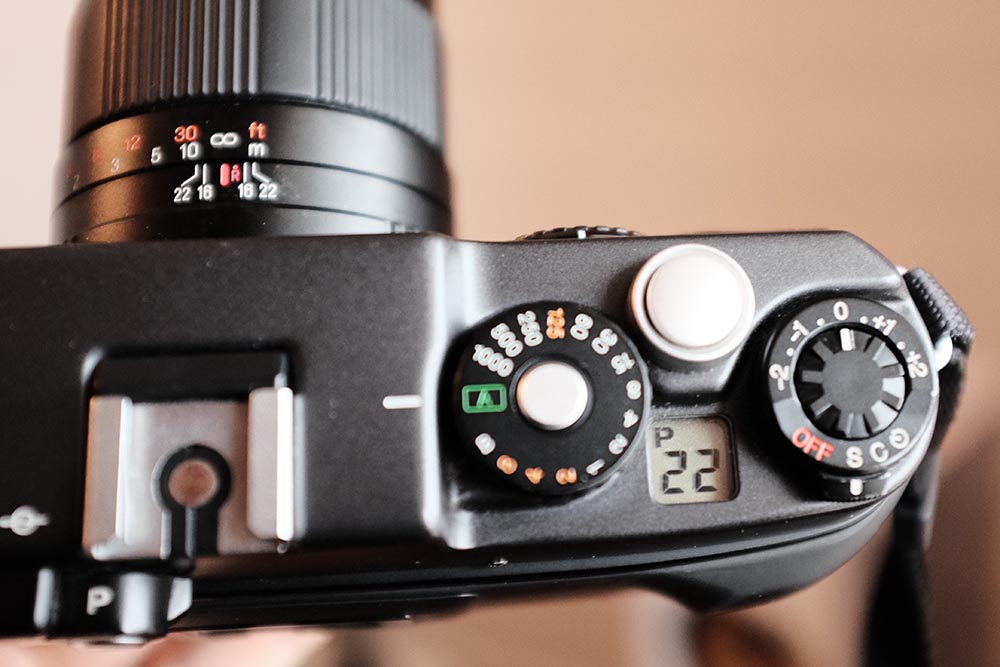 And in non-panoramic mode we can see that the LCD says 40 but Hasselblad (Fuji) didn’t bother to fully implement that as nobody would ever need it. Either that or the LCD on my XPan is damaged? 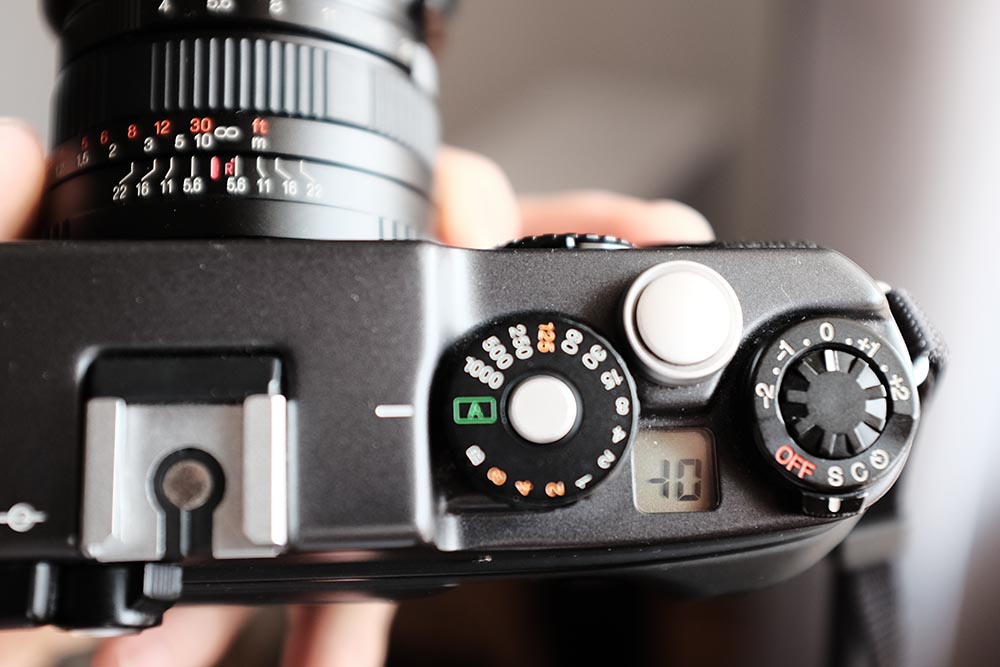 This step is fairly self explanatory. It’s peak season here, so lets see if we can get some pictures of how crowded the slopes are…

Testing a hack with the #hasselblad #xpan on the pistes. Will write up instructions if it works...

I didn’t notice any differences when shooting or finishing the roll, it wound back into the canister without any signs that there was a problem.

First thing to do is remove the leader extension so we can use that again and so it doesn’t interfere with the development of the fresh film. If you use a film extractor this should be trivial, if you go for the can opener method then it’s going to be a little bit more difficult. 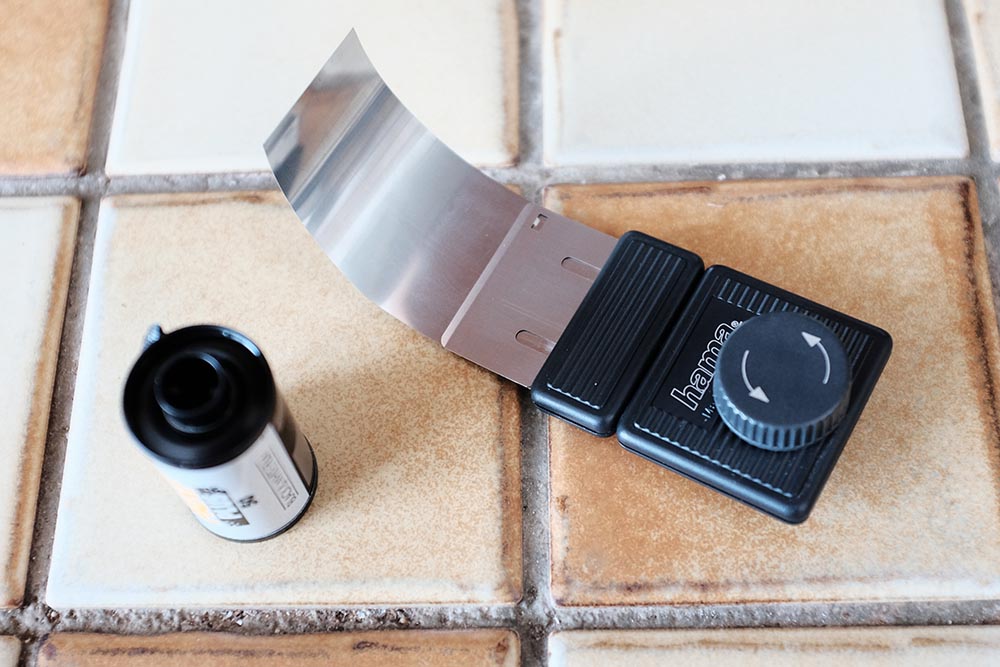 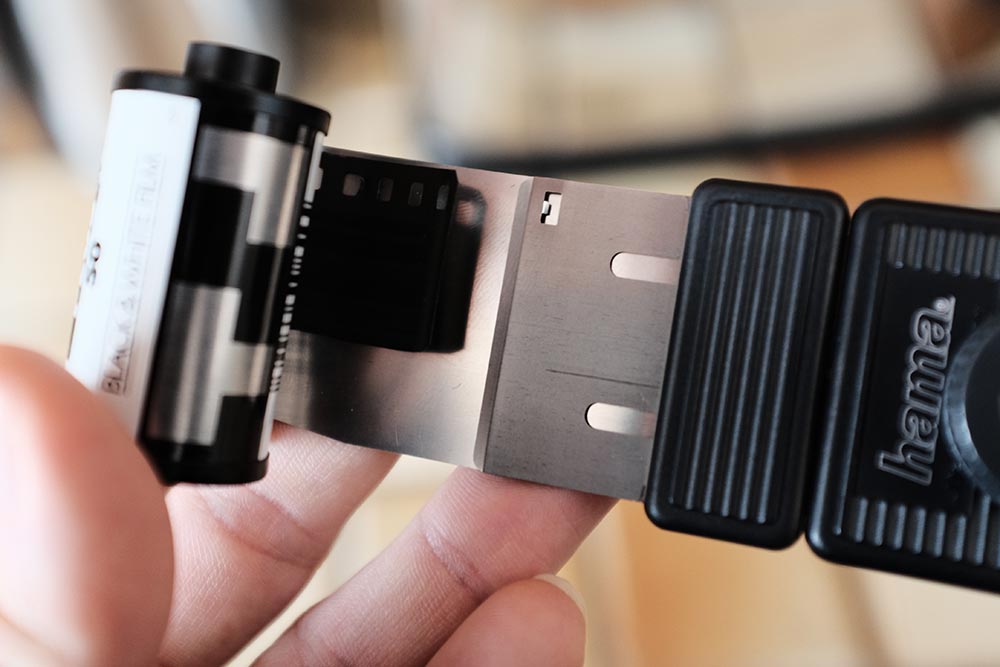 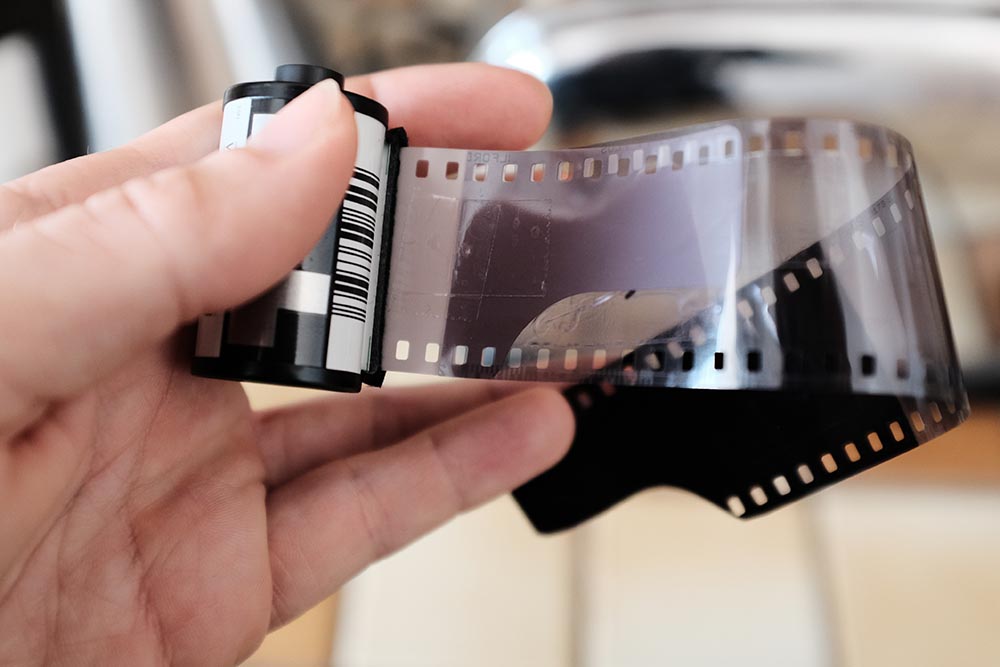 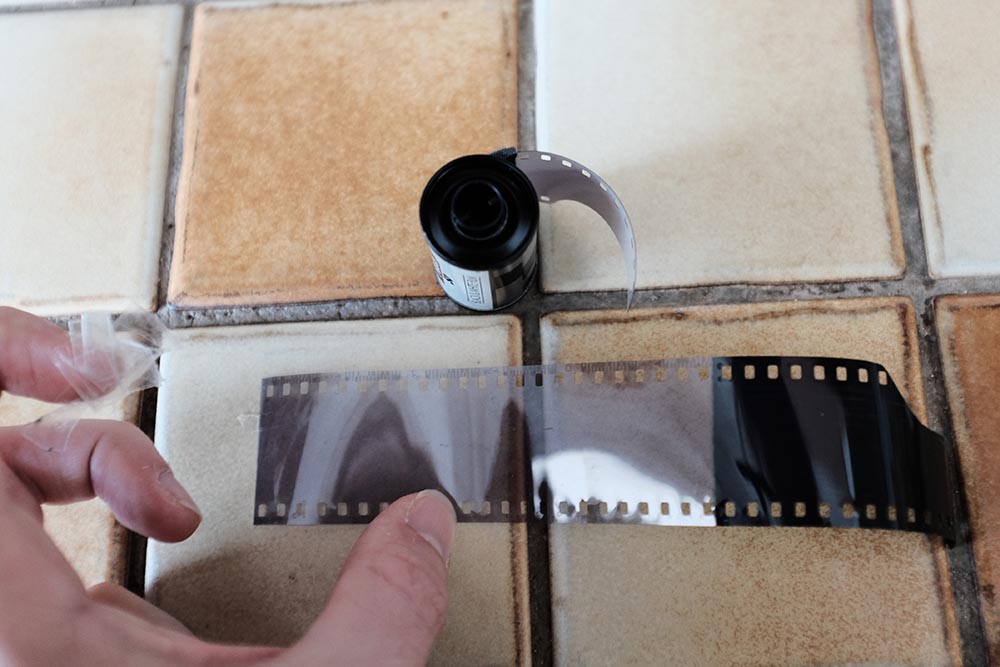 When you develop the film you must bear in mind that the leader on the fresh film cannot be pulled out more than a centimeter or so, depending on your development work flow, you might need to do your first steps differently. 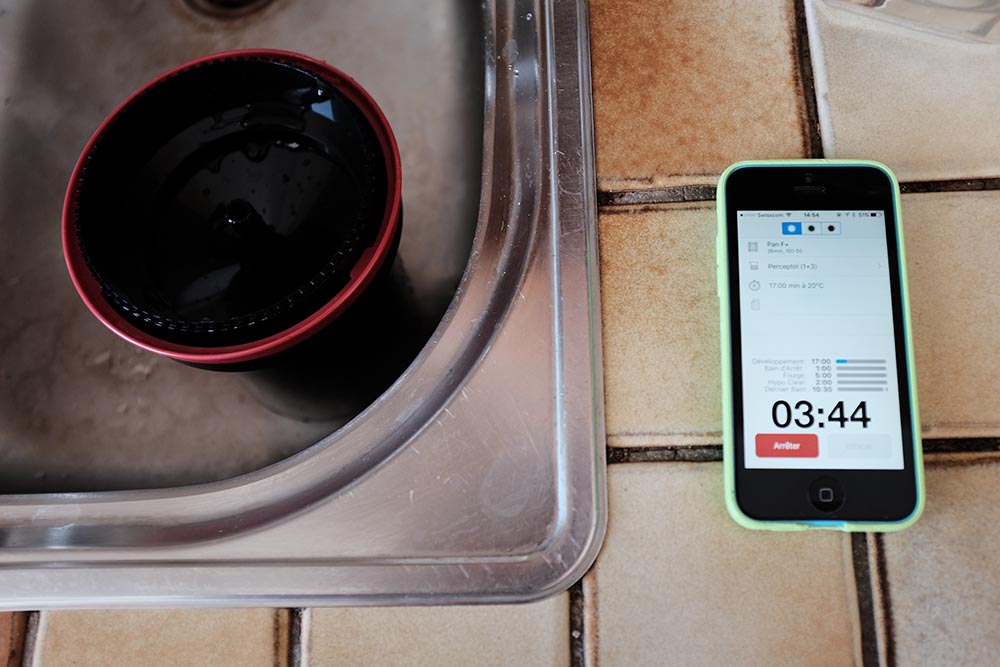 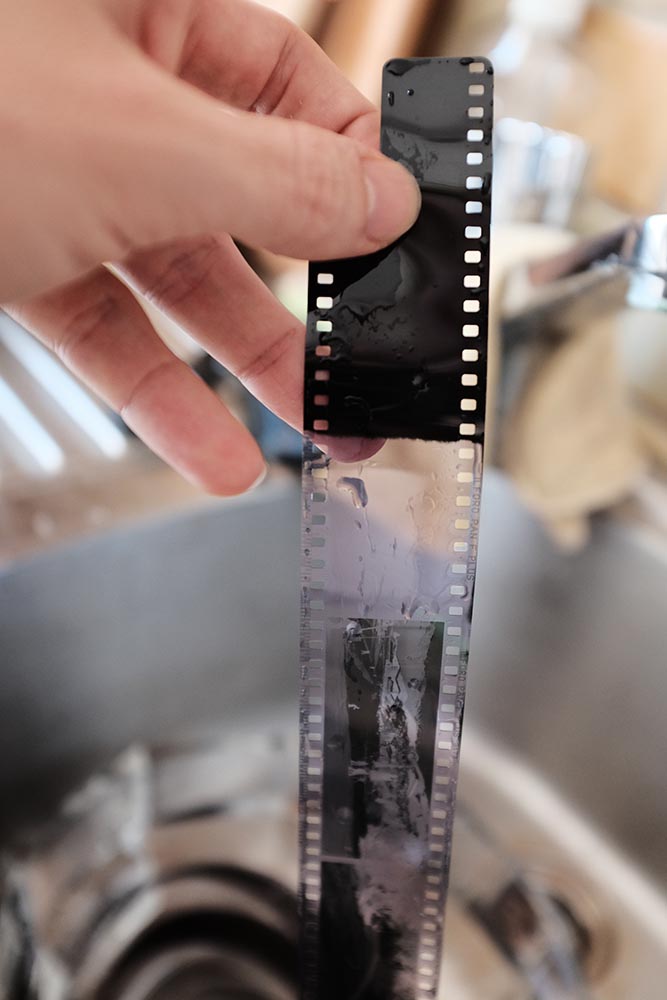 Success! Nice thick negatives and notice how much closer the frames are now to the leader, which I didn’t cut off this time for demonstration purposes. The film hanging in my shower, count the frames: 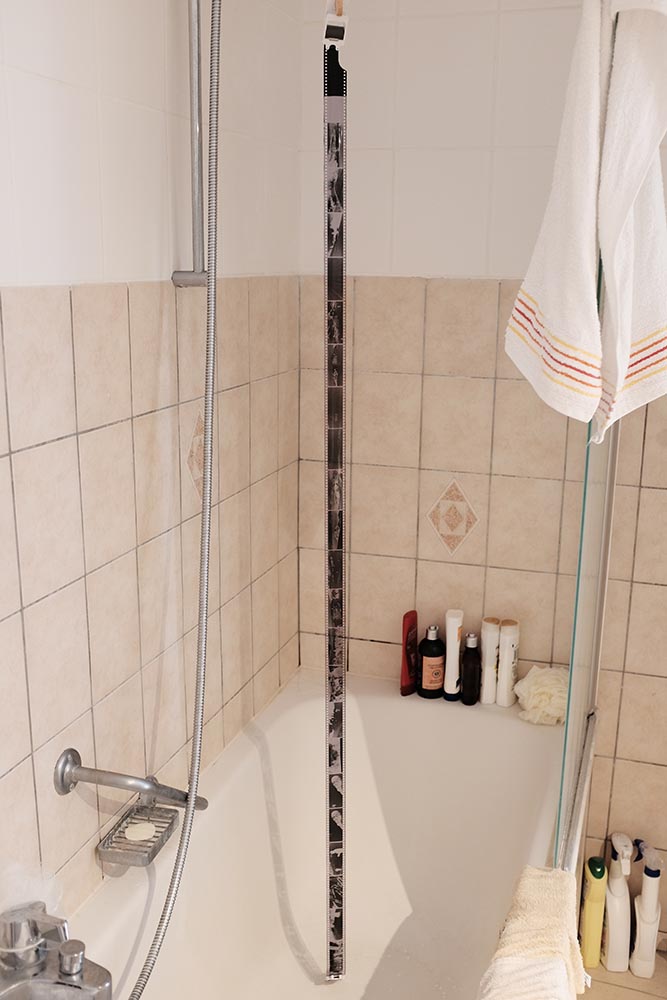 Here’s a few frames from the above roll (click to go bigger):

The elusive frame 21, and impossible frame 22 (again, click for bigger):

Boring photos but they demonstrate the point. Note that 23 frames is too tight so wouldn’t recommend going that far, and I seem to have got some minor scratches and stress marks on frame 22 from the film extractor (maybe the can opener method is a better idea in this particular use case). In fact 21 frames seems ideal as this means you can fill a standard negative sleeve with no dead space.

For those interested, the above film was Pan F+ rated at 50 ISO shot with an orange filter and developed in Perceptol (1:3) for 17mins at 22ºC. The 45mm lens was used on the XPan.